Multifamily investors looking for acquisition opportunities might do well to follow the trail of coffee shops to hip, pedestrian-friendly neighborhoods full of young renters.

“The culture surrounding the ‘hipster’ lifestyle has a major impact on local real estate markets, and mostly in a positive way,” says Daren Blomquist, vice president for RealtyTrac. RealtyTrac recently put out a list of the top 25 zip codes where apartment investors earn high yields and the neighborhood meets some objective criteria associated with hip, young renters.

The key words here are “high-yielding.” RealtyTrac’s list highlights places where prices for apartment properties have not already been bid up to the stratosphere, depressing investment yields. Investors have begun to turn away from those more expensive real estate markets, according to experts, looking for property with a great chance of improving values. For example, the volume of properties being traded in the most expensive property markets, like New York City, is rapidly falling of, according to Real Capital Analytics.

Don’t expect to find famous neighborhoods at the top of the list. Brooklyn, N.Y., doesn’t get mentioned until the 15th spot, and then the Brooklyn neighborhood listed is the up-and-coming Sunset Park, not more well-known neighborhoods like Park Slope or Williamsburg. That’s because the list is in order by investment yield. Hip neighborhoods where property prices have are already high turn up near the bottom of the list, if they appear at all. 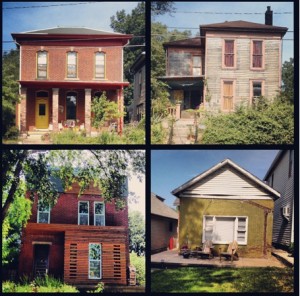 RealtyTrac also narrowed its list to zip codes where more than half the housing units are rented, instead of being owned by the people who live in them, and where the vacancy rate of rental housing was less than 5 percent. All these filters left RealtyTrac with a list of 83 zip codes, which the data firm put in order by gross investment yields based on fair market rents and median home price. The top 25 zip codes on the list all have gross yields above 4.5 percent.

These neighborhoods are extremely appealing to real estate investors, whether they plan to rehabilitate, and quickly sell their properties, or instead plan to hold the properties for long periods, according to Blomquist.